The crest was designed by pupils to signify and convey the sporting, academic and Biddenham team spirit of 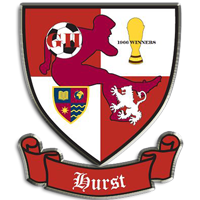 the house. The house colour is red.

Awarded MBE in 1975.
Started his football career with West Ham.
49 Caps for England.
Identified in English Football Hall of Fame in 2004.
Only player to score a Hat trick in the World Cup Final (1966).

I am very excited to be the Head of Hurst House. We have an exciting year ahead of us with many opportunities to showcase the broad talent our
students and staff possess. Whether their ability is academic, sporting, artistic or an ability of another kind, I know all members of Hurst House will feel inspired to get involved with the opportunities presented to them this year. We look forward to sporting fixtures, charitable events, house briefing activities and many competitions.

The impending success for Hurst House is reliant upon the continued hard work, and enthusiasm of our students and staff. This should not be taken
for granted, and students will see their efforts rewarded through the receiving of house points which in turn will contribute to the House Point Totals which will then be converted into charitable giving

We must be inspired by the legacy of Geoff Hurst. He is a hardworking man who didn’t give up on his dreams and inspired a generation as a result.
As members of Hurst House we will take on the many positive attributes Geoff Hurst displayed when he played football: being respectful; honest; hard working; resilient; humble; and above all, enthusiastic and willing to try.