The Tendulkar crest was designed by pupils to signify and convey the sporting, academic and Biddenham team spirit of the house. The house colour is yellow.

Sachin Tendulkar was born Sachin Ramesh Tendulkar on 24th April 1973 into a middle class family of Rajapur Saraswat Brahmins in Mumbai. Sachin was educated at Sharadashram Vidyamandir School, where he began his cricketing career under the influence of mentor and coach Ramakant Achrekar. In 1988, whilst still at school, Sachin was involved in a 600-run partnership with friend and team-mate Vinod Kambli in which his share was 320 runs.

Nicknamed the Little Master or Master Blaster, Sachin was rated by Wisden as the second best cricketer of all time in both forms of the game (behind Sir Don Bradnam in Tests and Sir Viv Richards in one-day games). A living cricket legend, over 18 years of international cricket Sachin holds multiple records and is revered throughout the world as one of the all-time greats.

Tendulkar House has many successes to celebrate. We have hard working, loyal students who have excelled at charity fundraising in the last twelve months. Through various acts of fundraising, we have already earned hundreds of pounds for our Charity, The Children’s Ward at Bedford Hospital, and will continue to do so in the months ahead.

Since September, we have already topped the leader board for House points! What a great start to the year! Hopefully this will continue in the months ahead.

I hope that the students in Tendulkar House will continue to take part, to try and to have success.

Good luck for the year ahead! 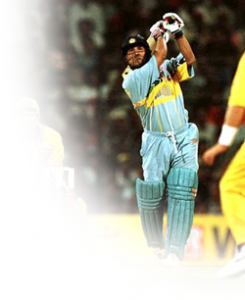